Time is of the Essence

Buying a house entails tedious tasks and processes, and so does selling one. Today’s market is very broad and diverse but getting into a buyer’s attention, and probably decision, is somehow the same– universal, per say. Making the right price and doing a very good first impression are musts in attracting buyers and ultimately selling your house fast!

Making a Good Impression and the Right Price

First impressions matter, and that’s why you want to start by making sure your home exudes curb appeal.

Teresa Mears, a contributor for US News, posits that in order to get that first impression, one could go all out with small do-it-yourself projects. Cut the grass, trim the bushes, get rid of dead branches and consider planting some flowers. Replacing the mailbox and house numbers and painting the front door can also make your home more appealing to a prospective buyer driving by. If the house looks dirty, wash the siding or stucco.

Prospective buyers, particularly young ones, often can’t see past the homeowners’ decor to what’s most important about a house – the floor plan and the space. That’s why it’s important to make the home look as neutral and appealing as possible.

You also want to make sure your home photographs well. Most buyers start their home search online, and they may quickly reject a home if the listing photos aren’t appealing.

There’s no rule of thumb about how much you should expect to spend getting your home ready to sell because every house is different but here are some economical ways to stage your home for sale:

Price your house too high and you risk it languishing unsold on the market. But price it too low, and you could be cheating yourself out of thousands of dollars in the final deal.

“Settling on the perfect price for your home sale can be a tough balancing act”, wrote Austin Kilham for the website BankRate. “When determining a price, it’s important to do the research and legwork necessary to make sure you get the best price possible. Your home will likely get the most attention from potential buyers when it first hits the market. If your home is priced too high in the early stages, it’s less likely a buyer will make an offer. And the longer your home stays on the market, the greater the chance that potential buyers will assume something is wrong with it and will either skip it altogether or offer less than the asking price.”

There are three basic steps when setting an asking price:

There are no fixed standards, really, in making your house’s appearance and price attractive to buyers. But the real estate market follow norms and trends in order to make most of the deal. Having problems in selling your house in the market? Or unsure what to do? Dependable HomeBuyers can help you!

Constant Through the Years

Baltimore has been around for some time– even longer than the country itself. Once a hunting ground for local American Indians and now the largest city in the state of Maryland, the city boasts 66 National Register Historic Districts and 33 local historic districts– from the formidable setting of Fort McHenry to the poignant Holocaust Memorial in Corner of Water, truly, a modern city dotted with preserved sites and places of the past.

Baltimore and the surrounding area sure has changed a lot in its centuries-long history. But many traditions and landmarks from decades ago are still around today, give or take a few variations — The Baltimore Sun

Named after the proprietary governor of Maryland, Baltimore and its port exist closer to major Midwestern markets than any other city and port on the East Coast. First settled by the British, Baltimore was once the second-largest port of entry for immigrants.

The port, which is now named Helen Delich Bentley Port of Baltimore, is one of the best naturally protected harbors in the world, with the Delmarva

Peninsula that shields the area from most hurricanes and tropical storms, and the Appalachian Range that protects the city from much of the winter cold that would otherwise freeze the harbor.

The present city was incorporated on July 30, 1729, and was named after Lord Baltimore, along with several other ports on the upper edge of Chesapeake Bay. Prior to colonists, many Native American tribes inhabited the land, but withdrew before it was settled by Europeans.

The most famous period in Baltimore’s history was during the War of 1812 when the city was condemned by the British as a “nest of pirates.”

Staunchly anti-British sentiment pervad ed the streets of Baltimore just days after the War of 1812 ignited, making it a worthy target for the enemy. The Battle of Baltimore was decisively won by the colonists on September 13, 1814, when they repulsed a land and naval attack by the British at Fort McHenry following the redcoat torching of Washington, D.C. An angry mob destroyed the building where a Federalist newspaper criticized the colonies for going to war. Read full story.

Mark Byrnes through the website CityLab, described how the city endured suburbanization and economic decline while ambitiously rebuilding its core.

Though the city aggressively pursued urban renewal initiatives in the mid- to late 20th century, it has managed to preserve a surprising amount of its infrastructure over time, making for a unique balance of architectural styles.

A hand-drawn map from 1911 designed by Edward Spofford with the same area today, shows just how quickly the city rebuilt after the Great Baltimore Fire of 1904, which destroyed 1,500 buildings over 140 acres of downtown land.

The heart of Baltimore’s economy, its inner harbor, is still intact. But it’s been completely transformed from a congested, polluted shipping hub into a sterile but busy tourist district with national chain restaurants and stores.

A short walk west leads us to what is now Oriole Park at Camden Yards. The Orioles decided to keep the old warehouse we see on the left, now serving as one of the most iconic stadium backdrops in baseball. But original plans for the stadium included demolishing the long, brick structure.

Also remaining is the Bromo-Seltzer tower (the top, middle tower in both images). It debuted in 1911, just in time for Spofford’s drawing, and remained the city’s tallest until 1927.

Just north of downtown is the Washington Monument (older, shorter, and less famous than the one in Washington, D.C.). As you can tell from the aerial image, the neighborhood has retained a lot of what was already built there a century ago, giving it a well-earned historic charm.  A little further up is Baltimore’s Penn Station. To the north, much of its building stock remains the same.  Full story here.

Over the years, Baltimore’s landscape has evolved. Now, its skyline is full of high-rises , streets bustling with cars, side walks with people and shops. Its population is growing and along are the opportunities. Recently promoted or just wanting to go with the evolution? Dependable Homebuyers could help you sell your current house and be part of the ever-going evolution of the city of Baltimore! 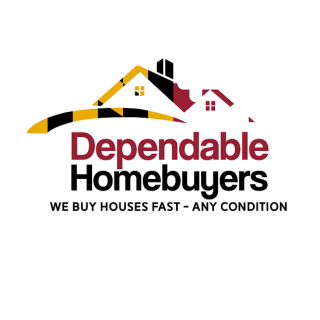 Dependable Homebuyers is a local, cash home buying company. We buy houses in any condition and any situation. Our team of real estate professionals provide a quick and simple solution for those looking to sell their homes fast. We are not real estate agents and we do not charge any real estate commissions. We buy properties directly from homeowner with no fees, no inspections, and no closing costs. We buy houses in all situations – divorce, probate, behind on payments, difficult neighbors, bad tenants, hoarder houses, or simply want to sell fast. When you sell you house to Dependable Homebuyers you won’t have to make any repairs and we can close in as little as 7 days. Our fair, cash offers are some of the most competitive in the business and you can rest assure that you’re getting top dollar for your home. Give us a call at (443) 266-6247 and we’ll give you a cash offer within 24 hours.